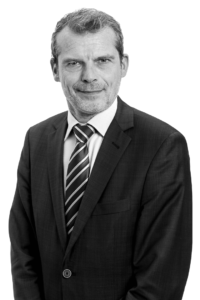 He has been a lawyer at the Brussels bar since 1994.

He is specialized in corporate law, law on associations (Belgian and international) and foundations, as well as in commercial law.

He has a broad experience regarding merging and acquisitions operations (sale and acquisition of companies, transfer on assets), shareholders agreements and corporate restructuring.

He is also active in the field of judicial reorganizations.

He is the author of many publications

He works in French, English and Dutch.